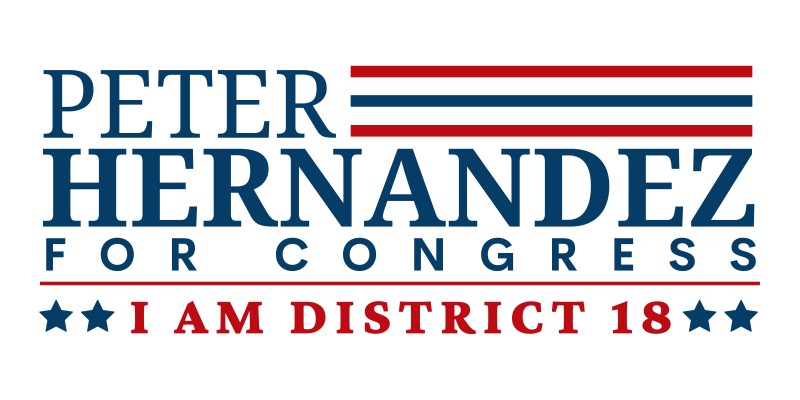 My Thoughts on Governance During My Time As County Supervisor

HOW DO WE UNIFY, BUT BY “CONSENT OF THE GOVERNED”

I truly believe you can’t have unity without community. It’s been hard to strike a balance between conviction and controversy. Many times I’ve had to pray about what position to take in the midst of it. I know I’ve challenged not just the board at times but some in our community.

Even still, Its not my goal to hide from that, and or create a platform to elevate contempt. I go to find solutions, though it is not easy. Nonetheless my decisions have always been consistent with the conviction that I carry, that the best government is the one closest to the people.

Therefore government should only do that which the people cannot do for themselves.

During my term I’ve listened and learned from many perspectives. I truly love my community, and consider my position as an honor tempered by duty. What I’ve learned from my community is problems are best solved by listening, learning, and engaging the community I serve.

That, by default, requires they have a voice, and that voice matters in my legislative process. Which as a slight mention strikes a disproportionate balance with mandating their personal medical decisions. I’ve said it before a human who can be robbed of their choice, can equally be robbed of their life.

Or as Dr. Larry Arnn – President of Hillsdale college put it, “If you centralize (control) the administration of things, you take the peoples lives out of their own hands, and that’s despotic”.

There’s a proverb I try hard to live by, “There is wisdom in the counsel of many”. It by nature lends itself to coalition building, and intentional listening. These last two years have been contrary to that sentiment. It has created an assumptive process which has put the lives of many in the hands of an elite few, contrary to that proverb and representative government itself.

To the Migrant Community of District 18,

Our country is living in very difficult times because of the division that has been created by allowing individuals to decide which party best represents their values & principles.

To tell the truth, it is very difficult for a person to find all his ideals represented in one party. For example, Latinos & Latinas can find our ideas of a better immigration system in one party, while the other party respects our fundamental rights as living beings. Nevertheless, both parties are working to build a prosperous economy that allows us to have a decent & well-paying job.

I launched a candidacy to unify minorities from California Congressional District 18 and to see our ethnic groups better represented in U.S. Congress. But also to put an end to the unlimited re-elections of a group of legislators from both parties; those who have had permanent power for decades. That’s why I have now considered the only option we have in District 18 to increase the strength of our minority communities is to support the candidacy of:

Through his work ethic, I’ve seen his vision that seeks to improve the immigration processes for our county. Peter supports a better economic policy that benefits the middle working class & low-income minorities. His work is a constant reflection of his respect for our rights enshrined in the Constitution. 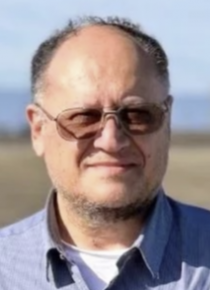 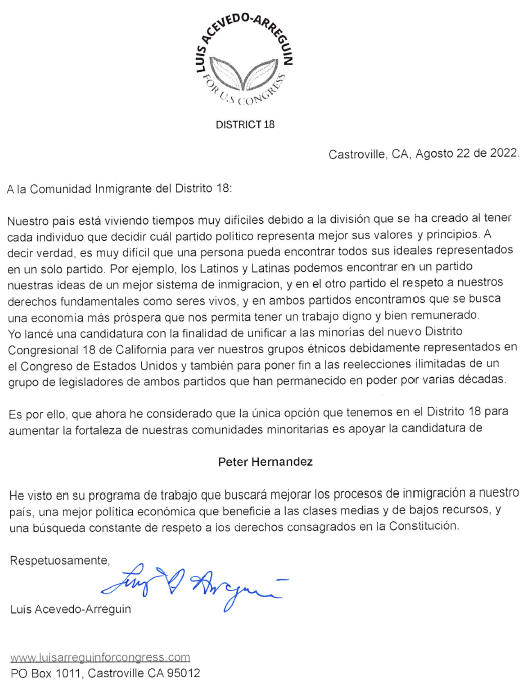 Peter Hernandez is a member of the San Benito County Board of Supervisors. He’s a small business owner who has been a leader in redevelopment of Downtown Hollister. He’s especially strong on knowing how federal mandates impose costs and burdens on local governments and businesses. He would be a dependable vote in Congress in support of traditional business positions. 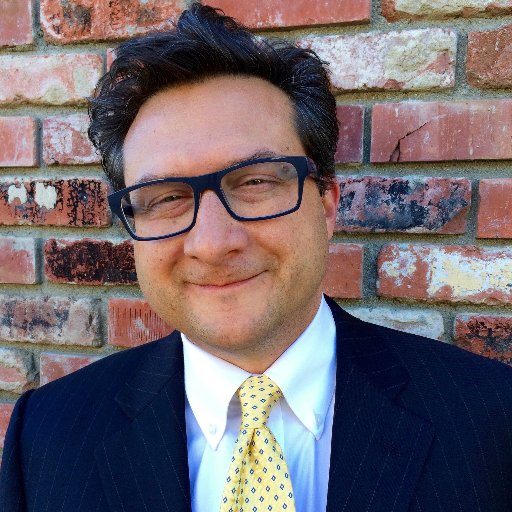 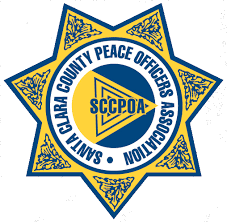 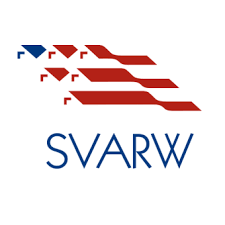 Contributions to Peter Hernandez for Congress are not tax deductible for federal income tax purposes. The maximum amount an individual may contribute is $2,900 per election. Your contribution (up to $2,900) will be designated for the primary election. The next $2,900 will be designated for the general election. Contributions from corporations, labor unions, federal contractors, and foreign nationals are prohibited. Federal law requires us to use our best efforts to collect and report the name, address, occupation, and employer of individuals whose contribution exceeds $200 in an election cycle.

How Can We Help You?

Enter your phone number above to receive text updates. By participating, you agree to recurring autodialed marketing messages from Peter Hernandez for Congress to the phone number you provide. No consent required to buy. Msg & data rates may apply. Your information will never be sold, shared, or otherwise distributed to any other person or persons. You may receive additional information via email but may unsubscribe at any time.

We’re ready to support you with all the material you need. Flyers, signs, talking points, phone scripts. Please contact us!